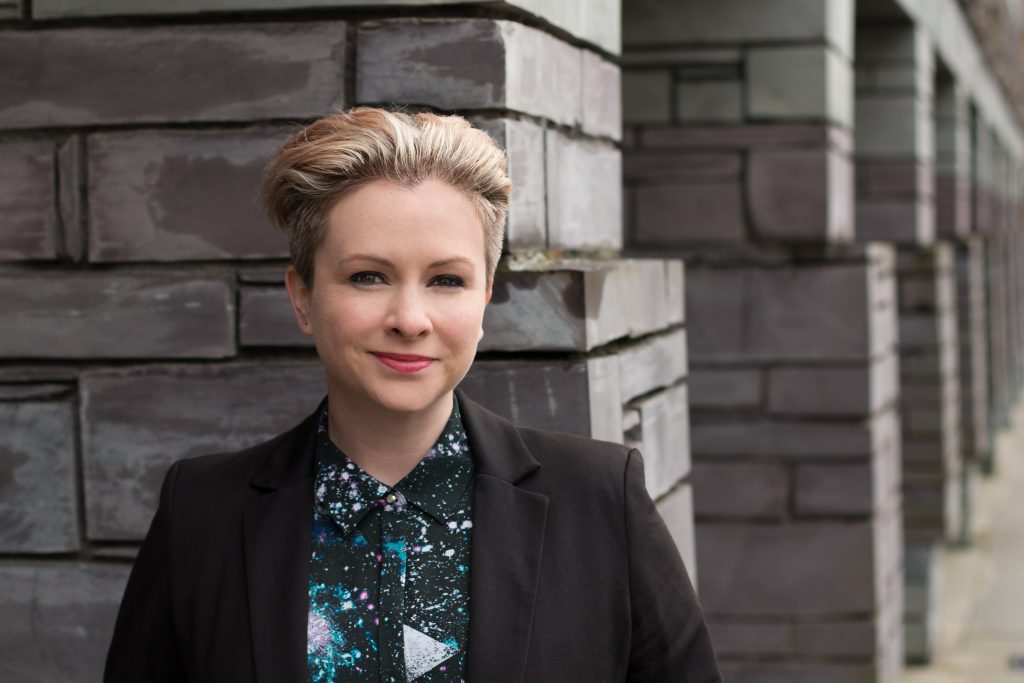 Vicki Blight is the presenter of Weekend Early Breakfast on BBC Radio Wales, cover presenter for daytime on Radio Wales (Eleri Sion & Wynne Evans) as well as being a regular part of the Sports programme, Call Rob Phillips.

It was at Cardiff University that Vicki got involved in student radio whilst studying Biochemistry and Medical Molecular Biology. She went on to win ‘Best Female Presenter’ at the Student Radio Awards in 2002.

Since then Vicki has shown her versatility as a broadcaster in a wide variety of on air roles on stations including BBC Radio 1, BBC Radio 6 Music, Heart, XFM, Galaxy, 106 Century FM and Red Dragon FM.

She’s also a very versatile and successful voiceover artist with credits including commercials for some of music’s biggest names such as Rihanna, One Direction and John Legend. She has voiced large campaigns for brands including Schwarzkopf, iTunes, Disney and Spotify and she is the continuity voice for Sky Movies Disney and Channel 5’s 5*.

Vicki is involved with the Cervical Cancer Charity Jo’s Trust and completed the 100km Ride The Night cycling event in London to raise awareness and money for the charity. She wrote an awareness piece for the Huffington Post in the early part of 2014, having herself, undergone treatment for abnormal cells.

Vicki writes music reviews for the Daily Express and is an active participant in Student Radio mentoring.

She became a Life Honorary Member of the Student Radio Association in 2012 and has been part of Demo Factor since its inception.